Are Asian And Hispanic Applicants Less Likely To Land Certain Government Jobs Due To Bias?


Our 2021 Diversity Report highlighted important public sector recruitment data from January 2019 to December 2020, with a focus on the discrepancies between Black female and White male candidates.

Although the greatest disparity was found when comparing Black females to White males, there were other minority groups that deserve their own spotlight. Before we get into the specifics, it’s important that we establish the desired metrics for recruiting a diverse workforce.

Most DEI experts recommend that an organization’s workforce closely mirror the makeup of the surrounding community. For example, if the population being served by a government agency is 10% Hispanic or Latino, then the workforce should have about the same percentage of Hispanic or Latino employees. Along the same lines, when hiring for a position, the same percentage of qualified applicants from each group should be represented throughout the hiring process. Meaning if 15% of the eligible applicants are Black, then approximately 15% of the candidates you interview should also be Black.

Now, back to the question at hand - how do Asian and Hispanic or Latino candidates fare during the government hiring process? Asian people make up 6% of the US workforce, and 6% of public sector hires. This means that Asian people are proportionately represented in the public sector. 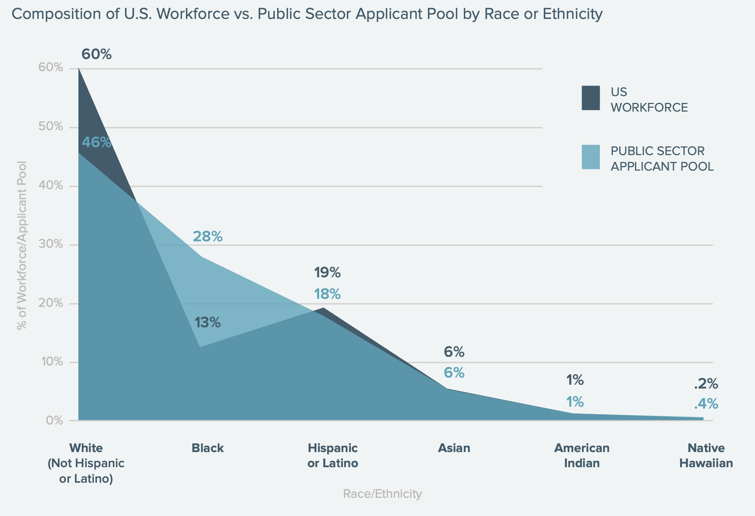 Simply looking at the percentage of these minority groups’ applicant rate and their subsequent hire rate makes it appear as though there are no equity issues facing either group when it comes to public sector hiring trends. However, is this true? Let’s dig further into the data. 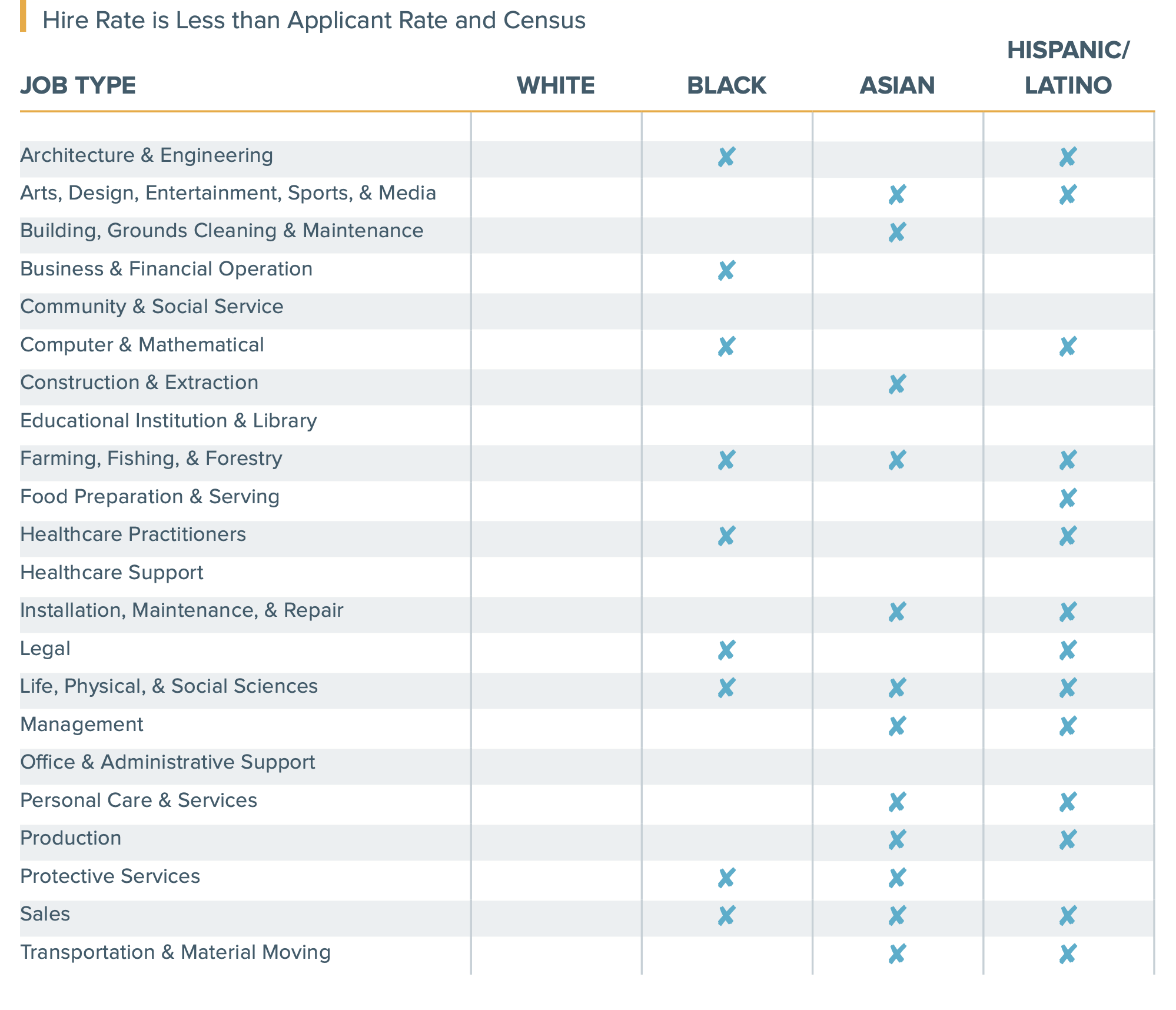 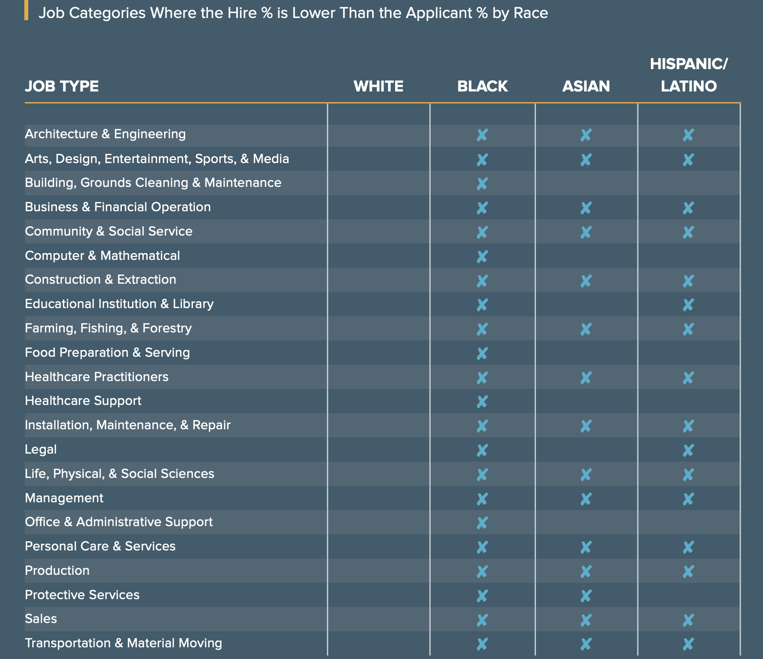 Hispanic and Latino applicants were hired below their application percentage for 16 out of the 22 job categories. Similar to Asian candidates, Hispanic and Latino applicants were hired either at or above their application percentage for only six job categories, including Building, Grounds Cleaning, & Maintenance, Computer & Mathematical, and Food Preparation & Serving roles.

So, how are Asian, Hispanic or Latino, American Indian, and Native American candidates hired at the rate that they apply, if they are hired below their applicant rate in so many jobs? This is because they over-index in applications for other job categories, which balances it out and masks the issue of prejudice that appears to be afflicting both Asians and Hispanics.

The data undeniably indicates that there are certain job categories both groups are more likely to be considered for and certain job categories where they are less likely to be considered. Unconscious bias may be causing hiring managers to assume one individual will be better for a position versus another individual because of their race or ethnicity.  When a Hispanic or Latino candidate is more likely to be hired for a Building, Grounds Cleaning, & Maintenance position and less likely to be hired for a Legal job, it deserves some level of scrutiny.