How the Ban The Box Law Impacts Your Recruitment


Learn what Ban the Box laws mean for the hiring process at your public sector organization.

For years, people with a criminal history have had trouble finding jobs because of one small box on job applications. It asks, "Have you ever been convicted of a crime? Check yes or no."

For those convicted of a crime, even a few decades ago, that "yes" invariably means they'll be ejected from the hiring process and never get invited for an initial interview, let alone a job offer.

Regardless of the crime, the circumstances, or even the time since it happened, that "yes" will keep them unemployed.

According to the Prison Policy Initiative, formerly incarcerated people have a 27% unemployment rate, "higher than the total U.S. unemployment rate during any historical period, including the Great Depression."

Similarly, roughly 6% of men at age 35 are unemployed, and 64% of them have been arrested as adults; 46% had been convicted of a crime, and 27% had been incarcerated.

Ban the Box (BTB) laws that affect private employers have been passed in 15 states and the District of Columbia, and 35 Ban the Box states have laws that pertain to public employers.

That means that people applying for work with government agencies in those 35 Ban the Box states (or private employers in the 15 plus D.C.) no longer have to "check yes" on any questions about their prior conviction record at the start of the application process. However, they can be asked about it later on in the application process, usually after a conditional job offer has been made.

In this article, we'll talk about the benefits of hiring someone with a criminal record, what Ban the Box laws are, their history, and the states that have already enacted Ban the Box laws.

Bias Against Candidates with Criminal Records

Employment discrimination against people with records has been illegal since the Civil Rights Act of 1964. However, employers are still allowed to take a person's criminal conviction history into account when making employment decisions regarding hiring, retention, and promotion.

The problem is, there is still rampant bias against people with a criminal record. People aren't hired because they were convicted and incarcerated – regardless of the crime, the severity of the crime, the length of their sentence, or the amount of time that has passed since their release.

This especially affects Black people and people of color because it denies them the same access to jobs that White people have. According to the NAACP, a criminal record can reduce the likelihood that a job applicant will get a call for an interview by nearly 50%.

And since Black and Latino men are arrested and convicted at disproportionately higher rates than White men, questions about a person's criminal history – at least early in the hiring process – can be seen as racially biased.

Despite prevalent misconceptions, there are benefits to hiring people with a criminal history:

Fair chance hiring – the idea that every prospective employee has a right to be fairly considered and assessed for a job – gives qualified candidates a better chance to find work. Employers are not allowed to ask about a candidate's criminal history until after the interview process has been completed and they are considered qualified for the position.

What is Ban the Box?

Ban the Box refers to the calls for banning the "Have you ever been convicted of a crime?" box on most job applications, including fast food, retail, and other minimum wage jobs, and even manufacturing and skilled labor applications. So the "Ban the Box" laws seek to prohibit this particular question on job applications in that state.

The Ban the Box laws stop employers from asking about criminal history only during the initial job application. It doesn't stop them from asking much later in the process – usually only after conducting an interview and determining the candidate is qualified for the role. Some states are even required to wait until they have made a conditional job offer.

A few states go even further. For example, California employers must do a multi-factored individual analysis into whether the criminal history actually justifies rejecting them for the role. The candidate also gets a chance to provide any mitigating evidence that can reduce the impact of the conviction.

History of Ban the Box Movement

To date, 37 states and several cities and counties, have passed some form of the Ban the Box law. After the first 10 states, the remaining 27 passed their BTB laws between 2014 and 2021, with some states passing additional laws, like California, Connecticut, Illinois, and New Mexico.

Is There a Ban the Box Federal Law?

Before 2020, the Equal Employment Opportunity Commission (EEOC) stated that while there were no federal BTB laws specifically, there were federal EEO laws that "prohibit employers from discriminating when they use criminal history information."

EEOC explained that employers who used a person's criminal history to make employment decisions "may violate Title VII of the Civil Rights Act of 1964, as amended (Title VII)."

Even though there was no official Ban the Box federal law, in 2015, President Obama endorsed the practice by directing federal agencies to delay inquiries into a job applicant's records until later in the application process.

But everything changed when Congress passed the Fair Chance to Compete for Jobs Act of 2019 ("The Fair Chance Act") as an amendment to the National Defense Authorization Act. The law was signed into effect in 2020, thus implementing the first Ban the Box federal law, which prohibited federal agencies and federal contractors from asking about a job candidate's conviction history until a conditional job offer had been made.

Even certain cities and municipalities have enacted their own BTB laws. Our own Orange County (Orlando), Florida enacted their BTB law regarding government employment this past September. Over time, the remaining 15 states may join the Ban the Box Texas, Ban the Box California, and Ban the Box Ohio movements.

Human resources professionals have a tough row to hoe with Ban the Box. They have to find the balance between evaluating applicants with a criminal history on their merits and being liable for negligent hiring.

One concern that groups like the National Federation of Independent Business (NFIB) have is that Ban the Box laws can hide relevant criminal histories. They believe it puts the business, workers, and customers at risk. However, there are no studies that show people with a criminal history are likely to re-offend on the job. This looks like just another example of bias against ex-offenders trying to find work.

Another issue that Ban the Box legislation raises for HR is that many departments can't do criminal background checks until after the conditional job offer is sent. While it was just easier for employers to pitch an application with the "Yes" box checked, the system is much fairer to job applicants who made a few mistakes.

Still, a person's criminal history turns up in a normal background check anyway, so this doesn't mean a lot of extra work when vetting new employees.

Further, because there's a tapestry of federal, state, and local laws, it's possible that some organizations have to apply the Ban the Box laws in some states, but not in others; for some types of jobs, but not others; and even in some cities where there is no statewide BTB law.

The best thing to do is ask for legal advice from your legal department or consult with an outside attorney who specializes in employment law.

Giving people with a criminal history a chance at finding work is not only good for the person – it's good for your organization. There are myriad states that already passed laws about Ban the Box, so it makes sense for your organization to begin following the law even if it doesn't apply to your state right now.

Chances are, the laws will soon pass and your organization will have to follow them anyway. It's better to develop your new candidate evaluation procedure now rather than being forced to by state legislators.

If you'd like to learn more information about recruitment strategies for your organization and how an applicant tracking system can help with candidate evaluations, visit our website. 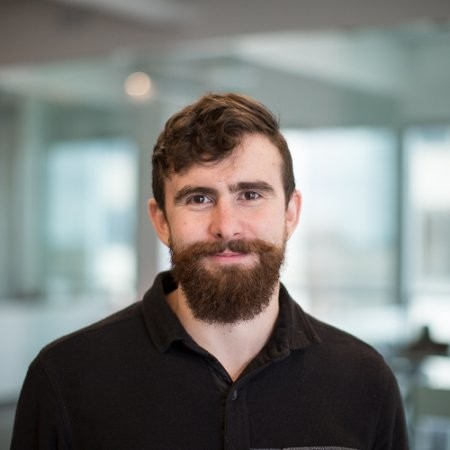 Mike Tannian is the Director of Content Marketing at NEOGOV. With a talented team of writers by his side, he aims to produce content that delivers real value to public sector HR professionals at every stage in the buying journey.