Inc. magazine today ranked NEOGOV on its 34th annual Inc. 5000, an exclusive ranking of the nation’s fastest-growing private companies. The list represents the most comprehensive look at the most important segment of the economy—America’s independent entrepreneurs.

“Appearing on the Inc. 5000 list of fastest growing companies is an honor,” says Damir Davidovic, CEO of NEOGOV. “Making the list for the 6th time illustrates NEOGOV’s continued commitment to our customers. Our dedication to product innovation and meeting the specific needs of public sector and higher education customers has been tremendous factor in our success.”

“The story of this year’s Inc. 5000 is the story of great leadership. In an incredibly competitive business landscape, it takes something extraordinary to take your company to the top,” says Inc. President and Editor-In-Chief Eric Schurenberg. “You have to remember that the average company on the Inc. 5000 grew nearly six-fold since 2012. Business owners don’t achieve that kind of success by accident.”

The 2015 Inc. 5000 is ranked according to percentage revenue growth when comparing 2011 to 2014. To qualify, companies must have been founded and generating revenue by March 31, 2011. They had to be U.S.-based, privately held, for profit, and independent, not subsidiaries or divisions of other companies, as of December 31, 2014. 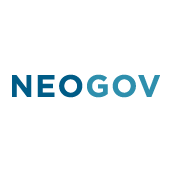