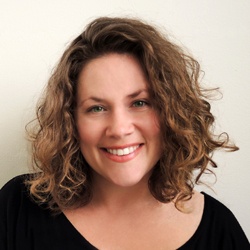 Lauren Girardin is a marketing and communications consultant, writer, and speaker based in San Francisco. She helps organizations engage their communities and tell their stories. Her website is laurengirardin.com and you can connect with her on Twitter at @girardinl.

Creative Ways to Support New Parents Returning to the Workforce

Life for growing families is complicated. Do your organization’s policies make it easier for people to transition back to work? If your organization wants to attract and retain new parents, paying attention to their needs is crucial.

Offboarding Strategies for the Public Sector

An employee’s last day is no less important than their first day. To get useful information from employees before they leave for good, your agency needs a positive offboarding process that culminates with a respectful, diplomatic exit interview.

Supporting an Aging Government Workforce with Mentoring and Offboarding

Americans are getting older and retirements are rising throughout the U.S. workforce. About 10,000 people turn age 65 each day, bringing a flood of change to local governments.

Because public sector employees are older on average, this could have an outsized impact on localities. Neil Reichenberg of the International Public Management Association for Human Resources reported Bureau of Labor Statistics data showing that 37 percent of employees in local government are at least 50 years of age, compared to just 28 percent in the private sector.

While more Americans are putting off retirement and working past age 60, people who work in government aren’t necessarily following the delayed retirement trend. In the past year, SLGE reported only 21 percent of eligible state and local government employees postponed their retirement, down from 44 percent in 2009.

As a local government leader, what leading practices for mentoring and offboarding can keep your organization afloat during this inevitable change?

The performance review process at local government agencies is often outdated and disconnected from employees’ important day-to-day responsibilities. According to Gallup research, only 2 in 10 employees strongly agree that their performance is managed in a way that motivates them to do outstanding work. If this is the case in your organization, giving the performance review process a thorough overhaul can radically rejuvenate employee engagement.

Leading your organization to revamp its entire performance review process isn’t simple, but the rewards can be significant. It can improve organizational culture, give high-performing employees recognition that can reduce turnover, and support struggling employees toward professional and personal growth.

How can you lead your organization to change your performance review process for the better? Here's an easily manageable four-step process.

Five Ways to Save Money by Increasing HR Efficiencies

Local government budgets are often stretched to their limits and can be inflexible. These budgetary constraints, coupled with an ever-growing demand for efficiency and thoroughness, require local government leaders to give organizations new ways to do more with less.

Directing staff members to make human resources processes and systems more efficient does more than reduce direct HR expenses. HR efficiencies save money at all levels of an organization, and a significant return on investment can be achieved through such efforts as centralized information, automated tasks, and modernized technology.

Here are five ways your organization can save money once you’ve given human resources the tools it needs to be more efficient.

A culture of learning is an interwoven set of organizational habits, strategic decisions, and core values that encourages employees to be constant learners. It takes visionary leadership to create conditions conducive to sustained curiosity and the continuous acquisition of skills and knowledge.

How to Support Your Employees to Work Smarter, Not Harder

Learn how government agencies can break down barriers to help their employees be more productive, efficient, and successful at work.

The Untapped Talent Pool You Should Be Recruiting

It’s frustrating when your organization’s job openings don’t attract enough applicants, or worse, when no one qualified applies at all. Or perhaps you’ve been told to hire someone new immediately, meaning your usual thoughtful recruitment process is out the window.

You may already have an easily accessible pool of qualified candidates. The secret is to take a look at people who previously applied for positions at your organization.

5 Ways to Save Money by Increasing HR Efficiencies

Public sector budgets are often stretched to their limits and inflexible. HR efficiencies can give your organization new ways to do more with less.

An applicant tracking system is more than a human resources tool. The software can reduce frustrations for recruiters, hiring managers, job applicants, and everyone on your staff who pitches in to hire talent.

Get the latest updates and news in your inbox!

Get public sector HR content delivered to your inbox